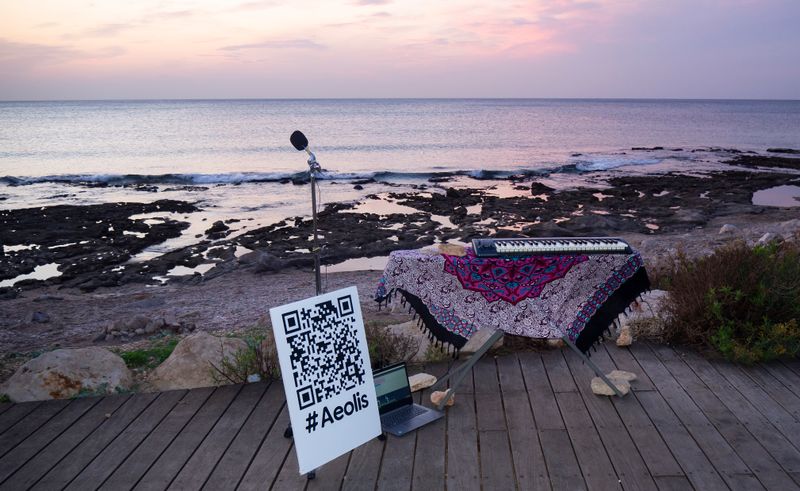 Ambient sounds such as breaking waves or rustling leaves are sometimes used in music recording, composition and performance. However, as these sounds lack a precise pitch, they can not be used melodically. This work describes Aeolis, a virtual instrument producing pitched tones from a real-time ambient sound input using subtractive synthesis. The produced tones retain the identifiable timbres of the ambient sounds. Tones generated using input sounds from various environments, such as sea waves, leaves rustle and traffic noise, are analyzed. A configuration for a live in-situ performance is described, consisting of live streaming the produced sounds. In this configuration, the environment itself acts as a ‘performer’ of sorts, alongside the Aeolis player, providing both real-time input signals and complementary visual cues.